Augmented reality (AR) as the future of the Digital Marketing

Augmented Reality (AR) is a marketing tool that has grown significantly lately. Years ago, AR applications either only existed as a concept or had to be laboriously programmed from the ground up on top of a costly price. In the meantime, Apple and Google are pushing their app on app store on a large scale because they are actively promoting AR themselves. Facebook and Instagram, as well as Snapchat, want to score points with it. Having said this, how can it be used practically for marketing purposes? Here are some examples.

We all know that online shopping has become extremely popular; yet, there are quite a few products that cannot be adequately described and illustrated even with elaborately produced photos and videos. Here is the case where Augmented Reality is a huge help.

Ikea shows how useful this can be with its “Place” app . We all know that furniture that looks great on glossy prints does not necessarily match the wall color, carpet patterns, or the size of the living room. “Place” application allows people to try out digital versions of Swedish furniture right in their own homes. Ikea has been using Augmented Reality for quite some time in order to avoid unsuitable purchases, unsatisfied customers and to lower down the returns. The furniture giant has perfected its AR range with the new iOS app, which thanks to Apple’s ARKit enables much more precise presentations. Customers can view more than 2,000 pieces of furniture from the current Ikea catalog virtually and three-dimensionally in their own home reality – and, of course, buy directly. Practically this works amazingly well, especially if you are unsure whether furniture, lamps or electrical appliances actually fit your home set up.

Another example is the paint specialist Dulux. With their app, walls in the apartment can be colored to each individual’s taste, which makes it easy to “try out” a range of paints before deciding on the shade.

Amazon has quickly found a good use of Apple’s ARKit and expanded the range of customised offers of the shopping app with the Amazon AR View function. Only iPhone owners could look forward to it, but with the help of Google’s AR toolbox ARCore Android users can now enjoy it too. Thousands of Amazon App products can be placed, rotated and zoomed in on the camera view. 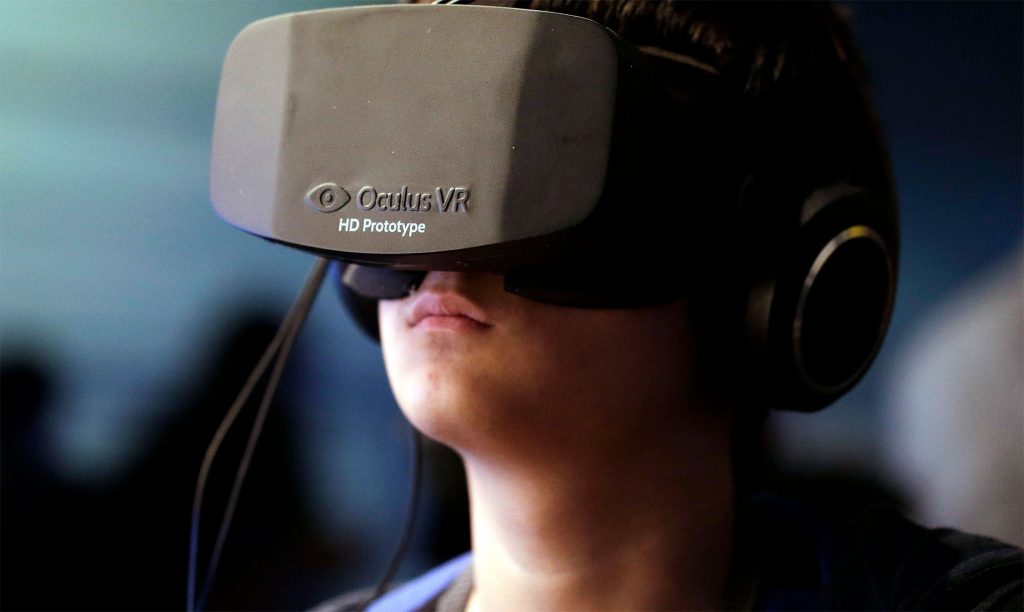 Snapchat has stated that daily, for an average of three minutes, one-third of its users try the effect filter called “Lenses”. This means users interact with the advertising consciously and often even pro-actively. More so, they then voluntarily spread the results, increasing the word of mouth. Snapchat is widely regarded as a pioneer in the field. Facebook follows closely and has introduced the “AR Studio” as part of its “Camera Effects Platform” .

Netflix created an AR environment that users can interact with as an advertisement for its “Stranger Things” series. Also, “I – Simply Incorrigible 3” offered all kinds of funny selfie options. As well as, a fast food chain called Taco Bell that reached 224 million views in just one day with its selfie filter. According to various estimates, they spent $ 500,000 to $ 750,000 on it.

The Future of AR technology

The fact that Apple, Google and Facebook are pro-active with the AR technology has accelerated the development in recent months. Meanwhile, the next stage of the development is on the horizon: special headsets and glasses. Microsoft’s HoloLens is one of them. The startup called “Magic Leap” has announced its long awaited first model for this year. Apple seems to work on some ideas to create a similar type of device too. All this can then make completely new experiences possible.